2015 has been an insane year thus far for snow. I quite believe that the collective whole of New England is ready for winter to be over and done with several weeks ago. While there was some very light snow around Thanksgiving 2014, no white Christmas, I don’t think anything could prepare us for the deluge that has befallen us.

It began with Winter Storm Juno. Blizzard number one in 2015. Around two feet of snow give or take a few inches at the end of January. We grumbled. Normally there’s smaller amounts of snow before something so drastic. We managed to clear out streets and sidewalks. Dig out cars. Little did we know that it was just the beginning. Even people who had read in the Farmers’ Almanac, bountiful snow, were not prepared for the insanity about to begin.

Since Juno, almost every storm has brought about some amount of snow. Our second to last snow storm as of this blog post, Marcus, really began to show the stress of the weather in some people. We’ve had traffic issues, people driving un-intelligently, people parking stupidly, and mostly, people arguing/yelling about crazy, stupid things. We had a neighbor yelling about snow being thrown onto the bank next to his house, not even the one in front of his house.

Cops showed up. We don’t know if they were called by him or other neighbors from his yelling. They could only shake their heads in bafflement. Where else is all of this snow going to go? We have beat the record high snow totals for the month of February, and are working on the same for the winter season.

This last storm, the latest blizzard, Winter Storm Neptune, just dumped more snow on our laps. It was almost comical to see how much of the left over snow had actually been removed, just to make way for new snow. Saw a picture online about New England being the place where you shovel snow just to make room for more snow that then has to be shoveled. Insanity.

Many people are starting to settle into grim, defeated but resolute attitudes with regard to the snow. We have another storm, Octavia, pending for the middle of the week. Looks like states further south than New England are going to get hit harder, but we still don’t know where an additional 3-6 inches can even be put.

Good luck to everyone in these snowy times. Try to keep the insanity low and be smart. I know that various cities are trying in implement things like single side street parking to keep  things safe. We can make it through this. I will look forward to posting in the Spring, if it ever comes! 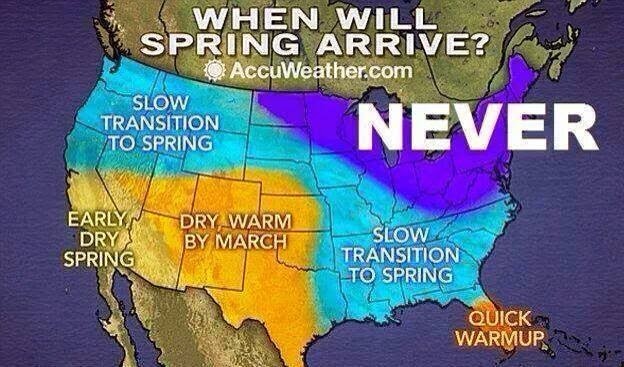